TVRB: Is This England? On Zadie Smith and Martin Amis

Two of my go-to airplane authors, Zadie Smith and Martin Amis, have recently published novels (to less than enthusiastic reviews) that both depart from their usual styles and take on similar issues of race and class. I don't know if this says anything significant about the "State of England" (as the subtitle of Amis' novel puts it), but I couldn't help comparing them after reading them virtually back-to-back.

"Despair can be so amazing sometimes," muses San Bao, the hero of Zhang Yuan's stunning new film, Beijing Flickers. He's broke. He's lost his girlfriend, his dog and his apartment. But it's also late at night, he's drunk and roaming the empty streets with his friends, and the first snowfall of the year is coming down. This accumulation of details, the pressure and pleasures of the city, is a kind of euphoria, which will soon lead him to his second half-assed suicide attempt of the movie, in the same way a more stable person might burst into song or dance down the street.

Newly rich, ever changing Beijing is the backdrop for many movies nowadays, but this is the that rare film in which it actually becomes a character.

Here is the Marx Brothers clip I saw in the John Cage exhibition many years ago:

Read on for more, and news from Margaret Leng Tan.

On John Cage in his Centennial Year

Today's New York Times article on John Cage (placed right next to one on another great composer, Pauline Oliveros!) prompted me to look back on my long-term relationship with him. During college and the years after, Cage's work and thought had a tremendous influence on me, but as the years have gone by, our relationship has turned into more of an argument.

The Presence of Lau Ching-wan 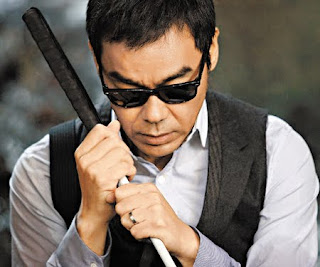 Sometimes you have to take what you can get with a movie. In this case I'm thinking of Fairy Tale Killer, which I saw at PiFan. Despite director Danny Pang's attempts to goose it with stylish camera work and lots of noise, it's in the end yet another cookie cutter serial killer flick.

But one thing did keep me going with it, and that was the performance of Lau Ching-wan.

And here is my second Korea Trip post on the official Freer and Sackler Blog.
Posted by Tom at 3:53 PM 9 comments: