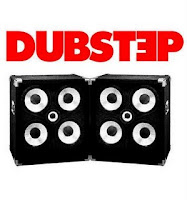 Funny that there is a form of dancing that mimicking the artificial motion of slow motion and freeze frames, and it is so convincing that when filmed, you can't tell if it's real or not.
Posted by Tom at 11:21 AM No comments:

A while ago I was talking to a Chinese filmmaker about a Chinese film (not his) that I found lacking. Its style (slow, contemplative) somehow didn’t match its subject matter, draining it of the power it should have had. My interlocutor’s position was that China’s increasing wealth has rendered a significant number of its artists complacent. Their films now lack commitment and energy.

But there is a sector of Chinese cinema where energy and commitment still hold sway, as this essay by dGenerate Films founder Karin Chien proves. Chien, who used to produce American indies, chides American filmmakers for putting business considerations before artistic ones, for spending more time lining up financing and marketing than on the content of their work. Independent Chinese filmmakers, on the other hand, proceed from the opposite side. They don’t expect to make much money, but they are passionate about getting their stories out, and are willing to work underground to do it. In other words, they work like there’s something at stake. It’s a provocative read, and well worth checking out. (Image, by the way, from Huang Weikai's excellent Disorder.)
Posted by Tom at 11:07 AM No comments: